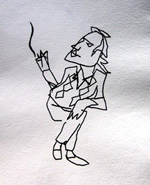 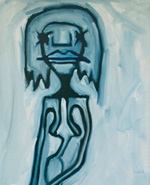 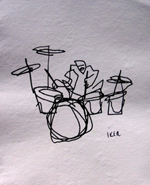 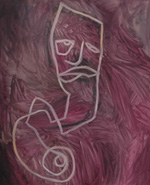 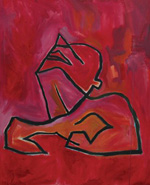 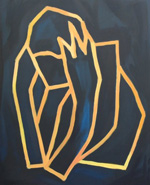 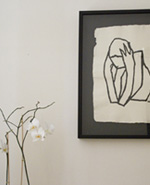 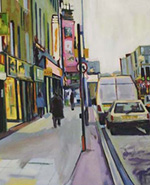 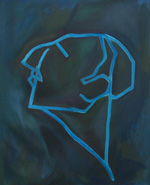 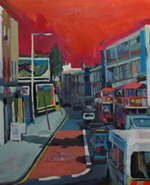 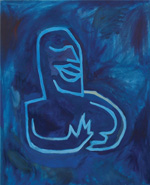 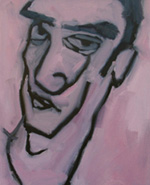 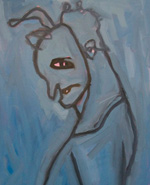 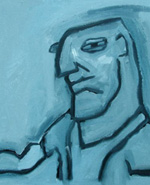 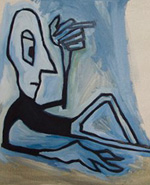 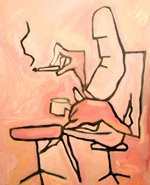 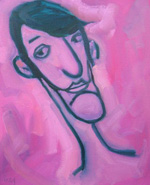 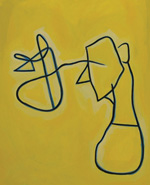 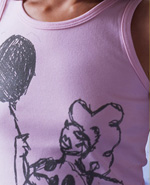 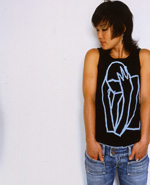 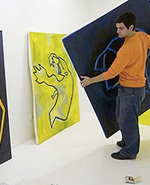 "I´ve been drawing ever since I can remember. It comes naturally to me, although I would discover my real passion for painting and the use of colour at my second year at Facultad de Bellas Artes, Lejona, Bilbao."

At the age of 21 Iker decided to move to London, just after his first show in Santander. In 2003 he showed large format colourful paintings in London for the first time while he was selling T-shirts with his drawings at Spitalfields Market.
In 2003 he also did a limited edition of screenprints on paper. Exhibitions in London include a group show "I Dreamt in th City" at The Mall Galleries in 2004. Whilst in London he has formed friendships with artists Alessia Avellino (¨"The Hugh Casson Drawing Prize" at the Royal Accademy Summer Exhibition 2004), and Francisco Centoffanti (Carroll Foundation Award 2003) who have been supportive of Iker´s approach to painting.

In 2005 Iker embarked on an interesting project mixing music and painting in collaboration with the Spanish musician Miguel Marín (aka) Arbol : "Inside Out. Lines as a device to exteriorize the rhythms guided by emotions". It was exhibited in Barcelona and in San Sebastian at Noventa Grados.Iker worked at his studio in Barcelona for nine months for the International Festival of Contemporary Art in Barcelona VII Edition in 2006. On returning to London he now lives and works in a selfconverted warehouse in Hackney Wick.

Iker has also worked on many street scenes of the East End on oil on canvas. "I believe colour is a very powerful way of expresing when I paint. When I arrived to London I felt very atracted by it´s urban landscapes and I´ve been working on both outline drawings and more figurative paintings. I see painting and drawing as different languages but that are beneffitial to each other. When studying an urban scene I constantly observe the relationship between colours. I think it is in this proccess where I "fish" the colours that will eventually make up the hues of my paleate. Through outline drawings I work on spontaneity and rhythm. I like the challenge myself of expressing myself with a very few lines."

In December 2008 Iker presented his lasted reflection on the delicate situation of beaches at the launch event of Corona Save the Beach in London, painting on canvas during the event and amongst the 700 invited guests. This was the first event as such, that opens a new way of exploring the practice of painting. The second live painting performance takes place at Lord Napier as part of The Hackney Wicked Festival 2010. A mural of 3.20 x 4 m. inside the old pub painted during the festival and that visitors could watch.

In April 2010 Iker founds The Vyner Studio bringing an exciting program of exhibitions and workshops led by selected artists.